The delegation will assess Málaga’s candidature to host the 2027 World Expo with the proposed theme “The Urban Era: towards the Sustainable City” 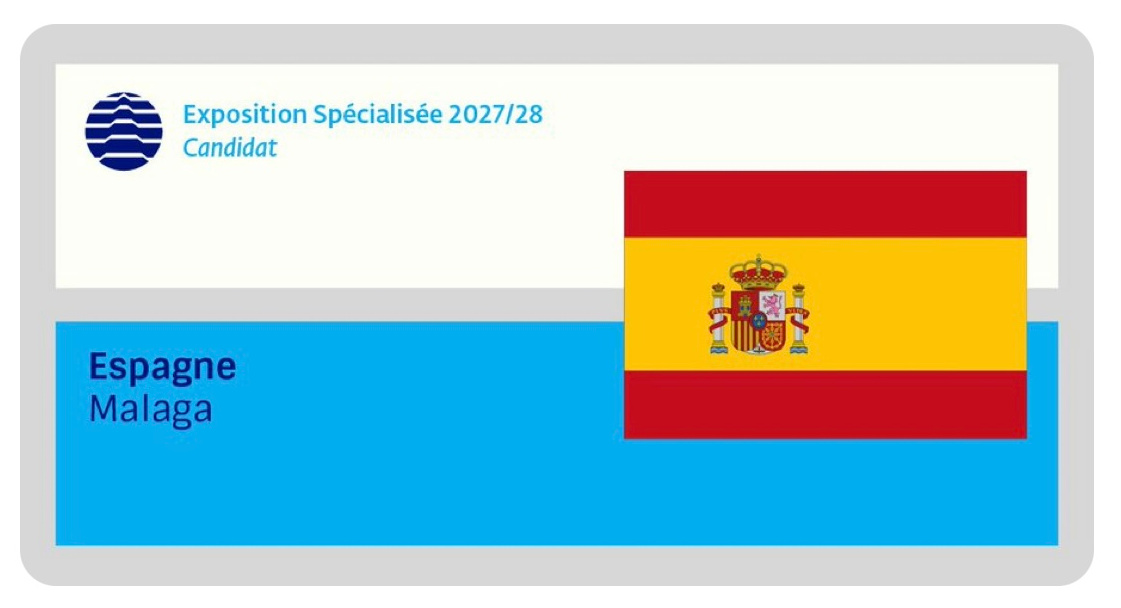 The Enquiry Mission of the Bureau International des Expositions (BIE) arrives in Spain today and will visit Madrid and Málaga until Friday. The delegation, led by BIE’s President of the Executive Committee, Alain Berger, is to assess Málaga’s candidature to host the 2027 World Expo. To this end, the delegation will make several institutional visits and hold work meetings with the relevant authorities.

The Expo 2027 Málaga National Commission will meet tomorrow at the Marqués de Salamanca headquarters of the Ministry of Foreign Affairs, European Union and Cooperation in Madrid. Minister José Manuel Albares will later receive the Enquiry Mission at Viana Palace. The day will conclude with meetings with His Majesty the King and the President of the government. On Tuesday, 27 September, the delegation will be received by the First Vice President of the Congress of Deputies and will visit the Economic and Social Council, Acción Cultural Española and the Prado Museum. The delegation will travel to Málaga later that afternoon to visit the candidate city.

The members of the delegation will hold a work meeting on Wednesday at the offices of Málaga City Council, including the participation of the city mayor, Francisco de la Torre, and will take part in a reception offered by the President of the Andalucían Regional Government, Juanma Moreno and the President of Málaga County Council, Francisco Salado. The delegation will continue working until Friday, 30 September, when a meeting will be held with the City Council team and the political groups at the City Hall. A press conference will conclude the visit.

Over the course of the week, the Enquiry Mission will experience first-hand the candidature of Málaga to host Expo 2027, a Spanish commitment resulting from the collaboration between Málaga City Council, the Foreign Ministry, Andalucían Regional Government and Málaga County Council.

On 20 June 2022, Spain presented Málaga’s candidature to host the 2027 World Expo with the theme “The Urban Era: towards the Sustainable City” at the 170th General Assembly of the Bureau des Expositions. Spain is competing against four other candidates: Argentina, the United States, Serbia and Thailand, and must defend its candidature in the assemblies of November 2022 and June 2023, when the winning city will be announced.

“The Urban Era: towards the Sustainable City” is a proposal that connects with and is based on the United Nations’ 2030 Agenda for Sustainable Development. This theme calls for reflection on one of the main challenges facing contemporary society in the medium and long term: making population growth and urban development compatible with environmental protection and the adoption of innovative solutions that guarantee improvements in the quality of life of city-dwellers.

The BIE, with its headquarters in Paris, sends out Enquiry Missions to candidate cities to assess whether they meet the minimum requirements needed to correctly organise and host the expo if it were voted in by the organisation’s Member States.

Enquiry Missions apply very strict criteria, the same for all the candidatures accepted, which include assessing technical and financial aspects, along with the political and social support for the Expo. In the case of EXPO2027 Málaga, the candidature has the backing of all tiers of government and civil society and the population in general. In addition, Málaga has a series of strengths that set it apart from the other candidate cities to host an Expo in 2027.