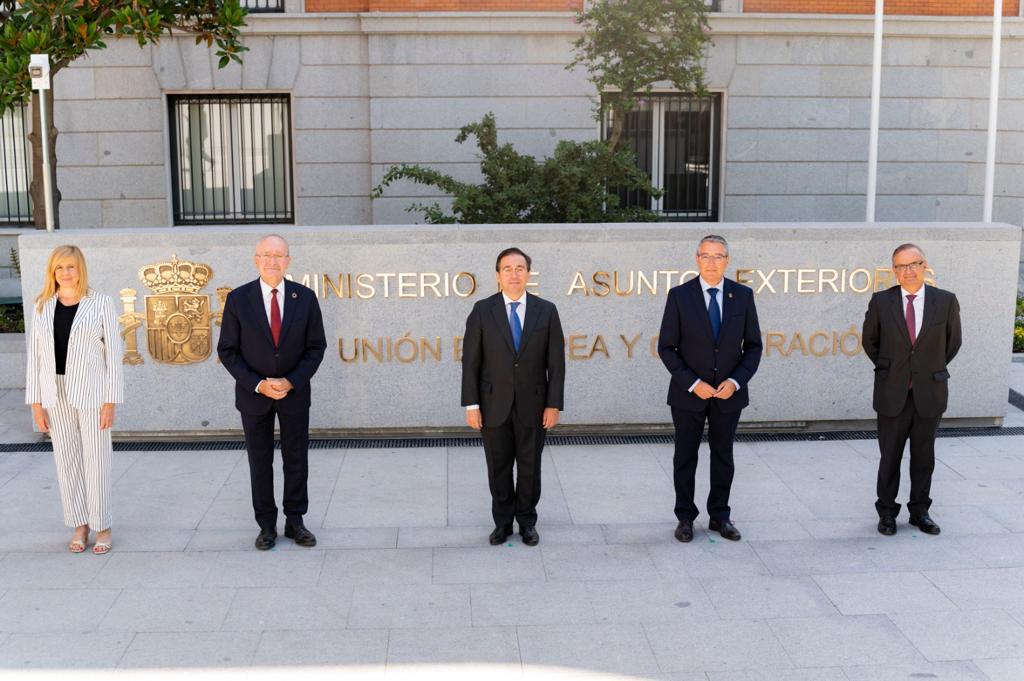 The Ministry of Foreign Affairs, European Union and Cooperation hosted a reception for the diplomatic corps accredited in Spain at which the Minister, José Manuel Albares, and the Mayor of Málaga, Francisco de la Torre, presented the Expo 2027 Málaga candidacy 'The urban era: towards the sustainable city'.

The reception took place at midday at the Ministry's headquarters in Marqués de Salamanca (Madrid) and forms part of the actions designed by the candidature's work team to give it visibility and disseminate it, in this case, with an international scope. Specifically, the aim has been to inform diplomatic representatives from other countries in Spain about the project and make them aware of the reasons why Malaga should host the event in 2027.

Malaga's candidature is a national project and, as proof of this, the presentation ceremony was also attended by senior officials from the Foreign Office, the Andalusian Regional Government, the Provincial Council, the Government and Malaga City Council.

During the event, the official video promoting the candidature was shown, as well as a promotional video of Spain, both of which were used during the presentation of the candidature at the 170th assembly of the International Exhibitions Bureau in Paris, BIE, last June.

Following the event, a cocktail was offered to the diplomatic corps with typical products of Malaga gastronomy such as Aloreña olives, Ardales crisps, Guadalhorce tomato salad, ajoblanco, salami tartar, Canillas goat brioche and Algarrobo cake mousse, among others, which were served by Malaga companies who wished to collaborate with the event.

The Urban Era: Towards the Sustainable City', which will be held from 5 June to 5 September 2027, is a proposal for reflection on one of the main challenges facing contemporary society in the medium and long term: making population growth and urban development compatible with environmental protection and the adoption of innovative solutions that guarantee an improvement in the quality of life of city residents.

It links to and is based on the UN's Sustainable Development Goals (SDGs) for 2030. Expo 2027 Malaga would enable the exchange of knowledge, experiences and very diverse solutions to make cities friendly environments for residence and coexistence and would promote good practices. This global conversation would also make it possible to showcase scientific, technological and economic progress in this area.

More information on the project can be found at https://expo2027.malaga.eu/es/ and on the official social networks of the candidature.