The General Director for Expo 2027 Málaga, Jerónimo Blasco, will give a talk about the candidature on Thursday, 22 September at 11:30 am. 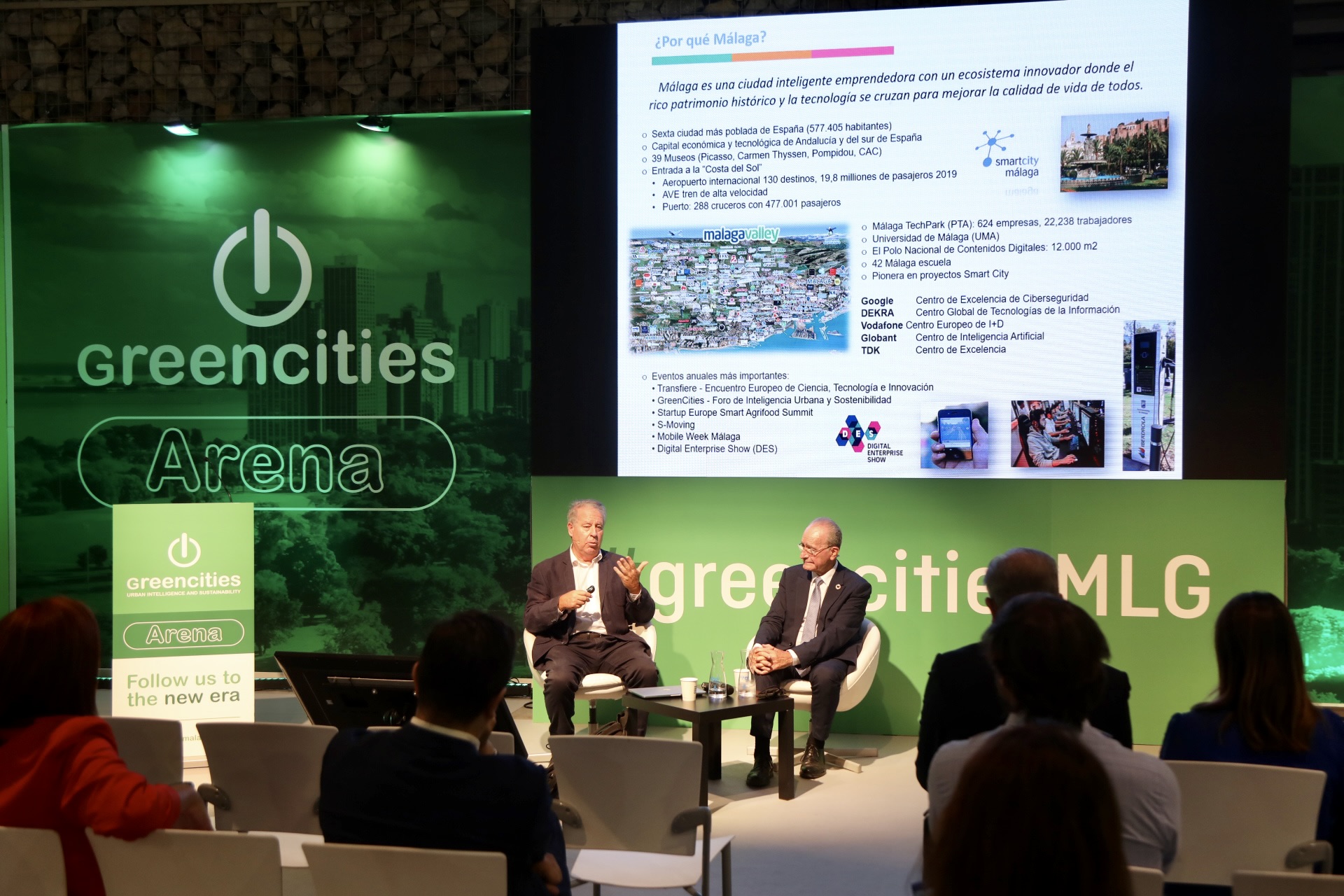 Málaga’s candidature to host the 2027 World Expo “The Urban Era: towards the Sustainable City” will attend Greencities – the Urban Intelligence and Sustainability Forum – at Málaga’s Trade Fair and Congress Centre (FYCMA) on 21 and 22 September. Once again, this forum will bring together international experts to share knowledge and opportunities to promote more sustainable and digitised urban management.

The stand is made of 100% sustainable, reusable and organic materials in tune with the candidature’s theme and will provide the latest information about the project and the land set to be the Expo’s site. Informative and promotional material about the candidature will be handed out and official videos projected.

Within the framework of Greencities, Málaga City Council’s General Director for the Expo 2027, Jerónimo Blasco, will also give a talk explaining the project’s sustainability in the “Greencities Arena” on Thursday, 22 September at 11:30 am.

Expo 2027’s attendance at an international forum of this calibre is part of the candidature’s strategy to be present and visible at all fairs, conferences and professional events with themes similar to the Expo’s. In fact, the stand was also present at the Digital Enterprise Show (DES) earlier this month.

SUSTAINABLE STAND
The stand is made of natural, breathable cork, which also improves air quality. The wood for the walls comes from certified woodland, proving it is both sustainable and responsibly farmed.

The stand also features state-of-the-art technology, including photocatalytic material covering the ceiling – a material that purifies air turning CO2 into oxygen, which is a nod to the air purification that is so very needed in cities. QR codes can be found next to each element of the stand so that the public can find out more information about the materials used.
The stand’s design was inspired by the circumferences featured in the official Expo 2027 Málaga logo and as well as the United Nations’ Sustainable Development Goals. Furthermore, the stand can be taken apart so that it can easily be transported as it will be touring fairs and events promoting Málaga’s candidature to host the 2027 Expo until June of next year.

“THE URBAN ERA: TOWARDS THE SUSTAINABLE CITY”
Expo 2027 would take place in Málaga from 5 June until 5 September and this Expo’s raison d’être is its theme, as it affects all countries and organisations across the world. To that effect, it is important to remember that there would be only a matter of two decades between Málaga’s Expo and the 2010 Shanghai Expo on the future of cities, during which time the world population will have increased by 1.6 billion inhabitants, most of whom will live in cities. That is, by 2050 more than three-quarters of the world’s population will live in cities and there should be a space to reflect on how to make population growth compatible with sustainability.
Málaga’s Expo theme, therefore, is relevant to all countries no matter how developed they are, posing the challenge of using innovation as a tool to change the model, which should take the UN’s 2030 Agenda for Sustainable Development as a guide. The sub-themes – citizenship, innovation and the environment – are also particularly pertinent.

More information about the project, which commenced in 2019, can be found on the website https://expo2027.malaga.eu/en/ and Expo2027 Málaga’s official social media accounts.