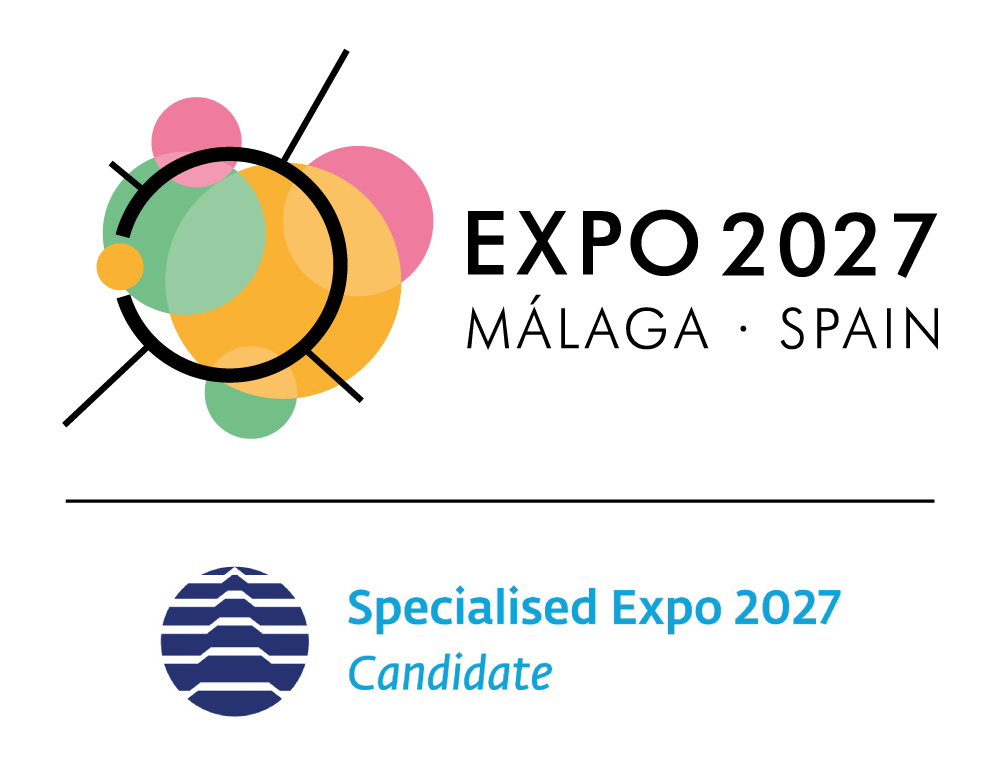 On Monday, 20th June, Spain will present Málaga’s candidature to the 2027 International Expo under the theme “The urban era: towards the sustainable city” in the 170th General Assembly of the BIE (Bureau International des Expositions).
Starting on Monday at 2 p.m., all the candidatures from the different countries nominated to host an international expo between 2027 and 2028 will make their presentations in the following order: Thailand, Serbia, Spain, Argentina and United States.
Spain’s delegation comprises 11 representatives of the Spanish government, the Andalucían government, the Málaga County Council and the Málaga City Council, and technical staff of the Expo 2027 working team, who will travel to Paris to present their candidature. It will be a closed-door presentation for the BIE’s delegates, and authorised media will be able to follow it via streaming.
The presentation will be made by Raquel Sánchez, Minister of Transport, Mobility and Urban Agenda; the mayor of Málaga, Francisco de la Torre, the County Council president, Francisco Salado and the special mission ambassador for Málaga's candidature to host the Expo 2027 Málaga, Juan José Escobar. A support video from the Andalucían Government Juan Manuel Moreno, made especially for this occasion, will also be projected.
This assembly will be the first of the three meetings scheduled to defend the candidature; the second will take place in November 2022 and the third one, on June 2023, will be the assembly announcing the winner. Besides, representatives of the BIE delegates will travel to Spain in September to learn more details about the candidature first-hand.

THE URBAN ERA: TOWARDS THE SUSTAINABLE CITY
“The urban era: towards the sustainable city” would take place in Málaga from 5 June until 5 September, and this Expo’s raison d’être is its theme, as it affects all countries and organisations worldwide. To that effect, there would be only a matter of two decades between Málaga’s Expo and the 2010 Shanghai Expo on the future of cities. During that time, the world population will increase by 1.6 billion, most of whom will live in cities. That is, by 2050, more than three quarters of the world’s population will live in cities, and there should be a space to reflect on how to make population growth compatible with sustainability.
Málaga’s Expo theme, therefore, affects all countries no matter how developed they are, posing the challenge of using innovation as a tool to change the model, which should take the UN’s 2030 Agenda for Sustainable Development as a guide. The pillars that support the theme are citizenship, innovation and the environment.
More information about the project, which commenced in 2019, can be found on the website https://expo2027.malaga.eu and Expo 2027 Málaga’s official social media, which will offer information about the candidature presentation event.